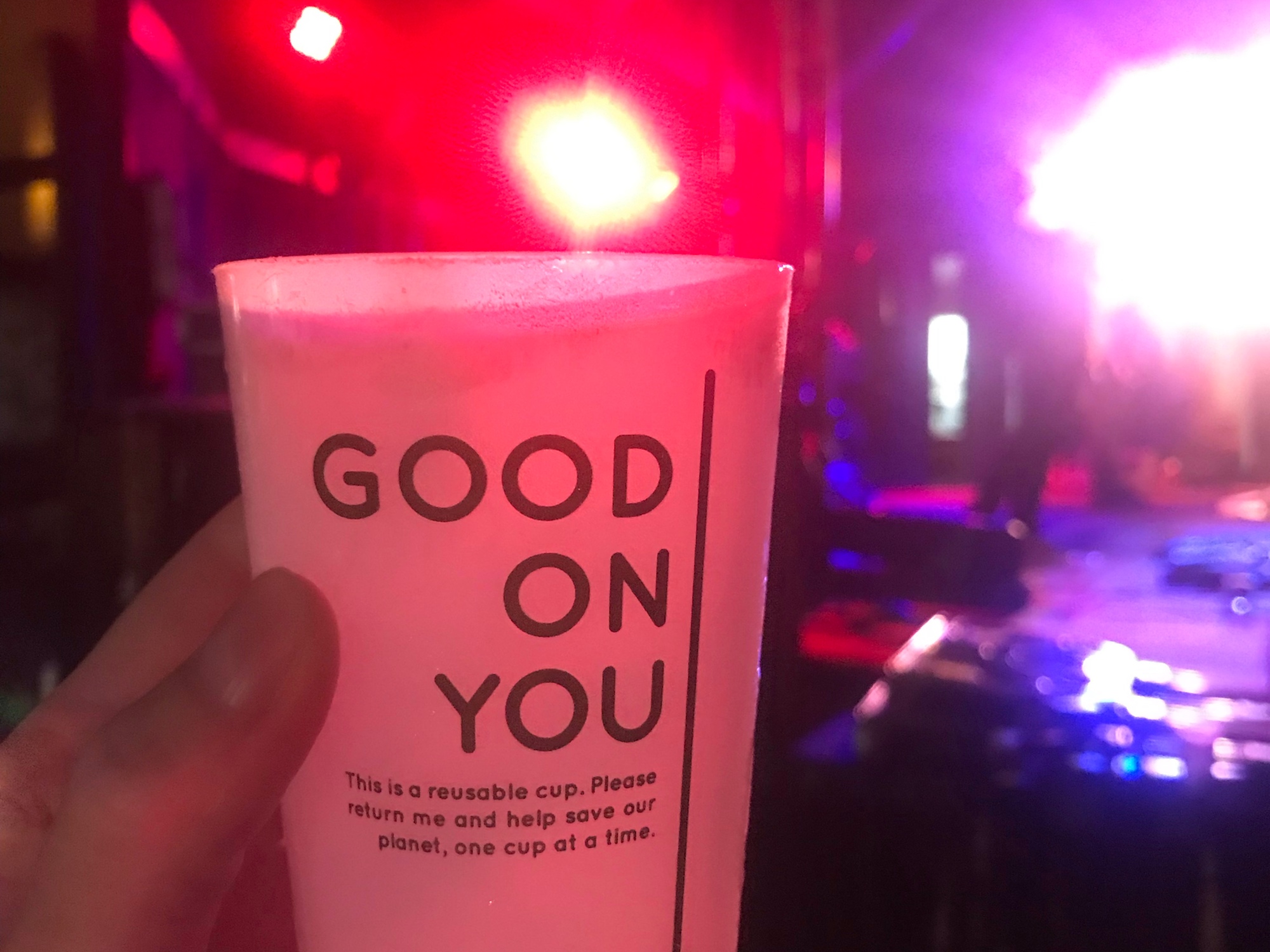 Yep, it’s time for another recap, fam. But apart from the look back at the topics I discussed in the last 10 posts and catching up on new developments, I thought I’d change things up a little this time. So I incorporated an interactive part with a question/task per topic. There’s no prize involved, though – just your eternal satisfaction in scoring 10 out of 10 points.

PART 51: WHY “ADVANCE AUSTRALIA FAIR” IS NOT A FAIR NATIONAL ANTHEM

In this post, I talked about Australian songs that could potentially replace the current national anthem. But not all the alternative candidates are equally loved by the Aussies. So, here comes the question:

True or false? “Waltzing Matilda” is a song that sparks no controversies in Australia.

Side note: Just a few days ago, and for the first time in the Australian sporting history, “Advance Australia Fair” was performed in the Indigenous Eora language (and English) before a rugby game. Maybe this could the much-needed temporary compromise?

Girls rock, especially in the context of music. I found out about it through my interview with the two Aussie musos that make up Salt and Steel. They’re taking 2020 head-on, despite some recent adversities. And, on that note:

Question: Due to the pandemic, Salt and Steel had to cancel their gigs in:

Check out the post here to verify your assumptions.

New developments: the band have been able to perform again, with the addition of another member. And they still rock!

PART 53: INDEPENDENT MUSIC IS THE CORE OF AUSTRALIA’S MUSIC SCENE

Yes, it is. And the AIR Awards, celebrated in October, proved that the indie sector is growing stronger every year. Plus, heaps of new acts come from the least expected places. Hence, my question.

Update: A few of the AIR Awards winners were also recognised at the ARIAs (Australian national music industry awards) at the end of November. Amongst them was a country artist, Funny Lumsden.

PART 54: AUSTRALIAN AND FRENCH MUSIC BUSINESSES ARE CLOSER THAN YOU THINK

My mate Alex Pinte and I have something in common. We’re both trying to build a bridge between the Australian and European music scenes. Due to his nationality, Alex particularly roots for French artists, and cooperates with organisations that promote French music overseas. My question to you is related to one of them.

Question: The platform showcasing French artists to overseas audiences is called WTF. What does the abbreviation stand for?

a. Was That French b. What The France c. Welcome To France d. No one knows what it means

Tip: Alex, who represents WTF in Australia, regularly posts “Songs for your commute” on their FB page. Maybe you’ll discover your next fave French artist there…

PART 55: I REVIEWED COSMO’S MIDNIGHT VIRTUAL GIG BECAUSE WHY NOT

In the year of live-streaming, I decided to review a virtual gig for a change. I chose Cosmo’s Midnight because I knew they’d be fun. Their Sydney rooftop show was even more entertaining because they invited several guests. Not everybody could be there, though. Thus, my question to you:

True or false? The band invited Ruel to perform “Down For You”, but he couldn’t make it.

See if your assumptions are right here.

Update: Surprisingly, 2020 has been Cosmo’s Midnight’s year after all. They have four songs up for voting in the triple J Hottest 100.

PART 56: BIGSOUND DELIVERED AGAIN, EVEN THOUGH IT WAS MOVED ONLINE

This Australian music industry conference is your one-stop-shop for what’s going on in the biz, and what the future looks like as well. Traditionally, an awesome networking event held in Brisbane, it hasn’t lost much of that vibe (well, apart from the physical human contact) after its format changed to virtual. And its most interesting bit has stayed equally awesome. So, here’s a small task related to it.

Task: Name three artists that formed part of the BIGSOUND50 in 2020.

The original post here will give you some clues.

Update: One of the BIGSOUND50 artists, JK-47, received the J Award in the category Unearthed Artist of the Year, proving that his inclusion in the conference’s discovery list was no mistake.

PART 57: I DISCOVERED BRISBANE’S MUSIC SCENE THANKS TO A LOCAL RECORD LABEL

Courtesy of John Russell, the 4000 Records’ owner, I virtually toured the Brisbane music scene with a fresh pair of eyes. And I found out about heaps of local secrets. So, here comes a question about one of them:

Question: One of John Russell’s side projects is a repository of old Brisbane bands’ recordings. What’s the name of it?

a. Brisbane Music Graveyard b. Brissie Oldies But Goodies c. Vintage Brisbane Project d. Brissie Blast From The Past

You’ll find the answer in my extensive interview with John here.

New developments: The Double Happiness, one of the acts on 4000 Records’ roster, has recently released their debut album. And it’s not half bad 🙂

PART 58: KYLIE MINOGUE RELEASED HER 15TH STUDIO ALBUM AND I COULDN’T NOT TALK ABOUT IT

No matter what music genre you favour, you must have heard about the Pop Princess at least once in your lifetime. You can’t deny that Kylie is probably Australia’s best music export overall. But that means she’s a global artist, too. So, do you know…

Question: Which city does Kylie currently reside in?

If you’re not sure, scan my original post here for your answer.

Tip: Have no plans for New Year’s Eve yet? Kylie’s got you covered with her “Infinite Disco” virtual show.

PART 59: I RAN A POLL ON AUSSIE PUB MUSIC AND THE RESULTS WERE NOT SURPRISING

Yeah, I’m fascinated by the music played in Aussie pubs. Especially Aussie music. So I asked a few mates what they thought about it… And here comes the biggest question:

True or false? Aussies are a bit tired of hearing about the land “Down Under”.

Search for the answer in the original post here.

Tip: If you’re into vintage pub rock anthems, there’s a playlist on Spotify just for you.

PART 60: I CHATTED TO A MODERN-DAY HERO WHO ACCIDENTALLY MADE SOME OF HIS DREAMS COME TRUE

I caught up with Lucas Sutton to talk about an epic fundraiser he organised back in June/July for the Aussie mental health charity serving the music industry (Support Act). The action started small but more and more local artists sent their merch through for the raffle. Hence, this task for you.

Task: Name three bands that contributed their merch to the fundraiser.

And your answer is here.

Update: The Lenores’ new merch has landed. And their band’s manager, Lucas himself, was obviously sporting it for the #AusMusicTshirtDay 2020.

That’s all for these last 10 episodes, folks. I hope to see you here next year as well 🙂

Thanks for supporting my Writing Gig!

Follow Silly McWiggles. A blog about Australian music on WordPress.com

My happy place 🎶 @tynejamesorgan
Just saying…
Remember those days? 🎛
Legend 💖
When you’re such a great vocal talent, the only thing you need on stage is your guitar 🎸 @budjerah
A trip #downmemorylane - many rowdy nights were spent in this establishment 🤘
Week 2 of my #sillytalks podcast chatting to @thisispeakpark is here. Listen to the full episode with this 3-piece art-rock DIY music project from Melbourne at the links in my bio
Sounds about right 🎶
Greets from #london🇬🇧