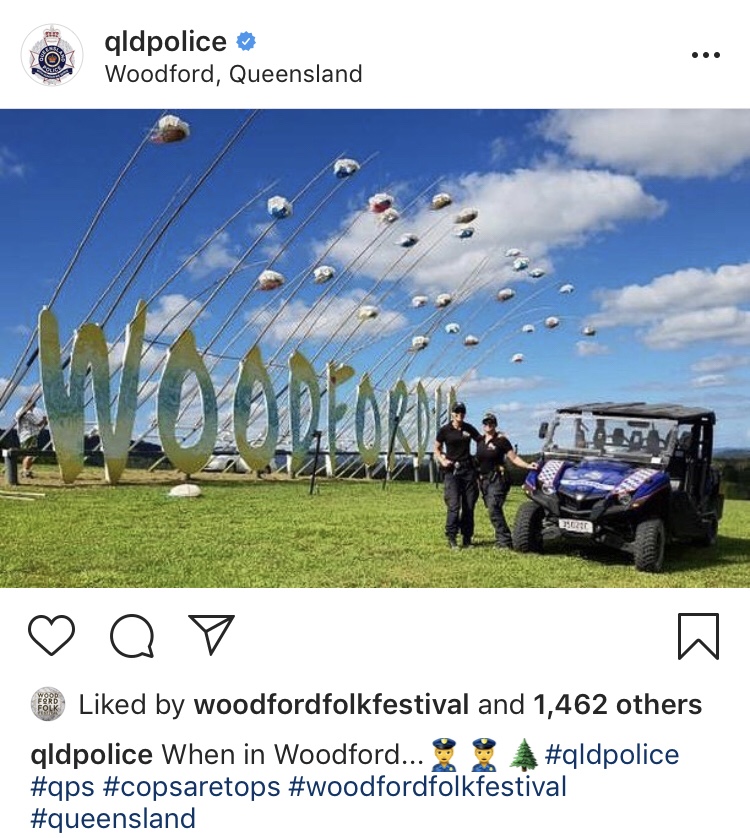 Police are there to keep us safe – they’re not the ones to be messed with. When communicating with the public, they normally use pretty serious, mundane and formal language. No wonder – cases they investigate are no laughing matter. Police = respect + obedience. That’s a fact.

And I know it sounds irrelevant AF to this blog. So I won’t blame you if you ask the question: what on Earth does it have to do with anything?

Part 11 OF “AM I EVER GONNA SEE YOUR FACE AGAIN?” A RANDOM COLLECTION OF UNKNOWINGLY OBVIOUS FACTS ABOUT AUSTRALIAN MUSIC SCENE

Police forces Down Under like to incorporate pop culture references when it comes to getting their message across to younger generations through the only channels where the youth listens: social media. And it actually works.

The above post appeared on Instagram a few days ago (6 Aug). Soz if I sound like a teenage groupie, but I reckon it’s lit. (And tell me you’re not tryin’ to sing those lyrics with the Billie Eilish tune right now.)

I’ve been following a few accounts of law enforcers in Australia on socials the same way I signed up for Tinder years ago – by a complete accident. Mostly, for traffic warnings when going to mass events or useful updates when travelling around the country. And amongst those boring (yet necessary) announcements, once in a while, you can find real gems that will make your day like nothing else.

You’ll be surprised how creative some of them get. You can totally tell those social media managers behind the Aussie police profiles must be pretty young themselves (or have rad external consultants) – the music and pop culture references they drop are pretty on point.

Below is a quick selection of the best ones (in my humble opinion), divided by state.

Even the Australian Federal Police (AFP) from Canberra are keeping up.

The winners, though, are the coppas from NSW (New South Wales) – aka The Blue Guys. Their social media game is solid. And they literally are all over the place: from catchy music lyrics, to trending Netflix shows and popular radio segments.

And here is my absolute favourite from the same legends:

So, if there is ever any masterclass with the NSW police social media team, sign me up!

Here’s a teaser for the last segment of the limited #femalefactor series on my #musicblog. Meet @livskamusic - a Melbourne-based artist releasing her first single on 9 April. We caught up to talk about her music education, previous projects and general experiences in the biz. Check out my #youtube channel between today and Saturday for the four chapters of our chat (link in bio)
Some say #shakespeare was a woman... 🖊
Friday thoughts 💭
This is one of @eccavandal outfits - on display at the @australianmusicvault back in 2019. A great example of how to use music and fashion combined as a statement.
Back in February I chatted virtually with Suzanne Phoenix from @photospunctuatemylife about her work as #livemusicphotographer 📸 Suzanne is one of the women I look up to when it comes to creative projects and the strength and determination to make them happen. So I was really stoked when she agreed to be a part of the limited series “The Female Factor in Australian music” on my sillymcwiggles.blog.
I҉ A҉M҉ S҉T҉R҉O҉N҉G҉
Hello #newlogo
Took this photo in the summer of 2019. Little did we know...
Yes, she always does 🎼