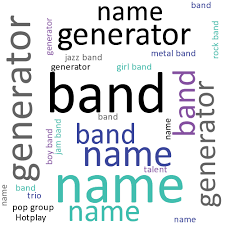 The above are not dangerous sects or notorious criminals’ monikers. They are legit names of Aussie bands. Like Flume (actual name Harley Edward Streten) or Vance Joy (real name James Keogh).

Part 9 OF “AM I EVER GONNA SEE YOUR FACE AGAIN?” A RANDOM COLLECTION OF UNKNOWINGLY OBVIOUS FACTS ABOUT AUSTRALIAN MUSIC SCENE

After all, Australians are famous for – let’s say it diplomatically – using all the vocab the English language has to offer. Including the pretty strong 4 letter word starting with “c”, and putting their own spin on it. For instance, you can be either a sick c*** or a shit c***. And trust me, the difference is fundamental to your Aussie existence!

I have to admit: when I started my adventure with Aussie music and was hearing names like Methyl Ethel, Peking Duk or Dune Rats, I didn’t take them too seriously. Wrong – they are established, popular Aussie acts, whose logos you’ll frequently see on festival bills.  Today, names like Nasty Mars & The Martians seem quite common to me. But, where I come from (Europe), if you called your band Bed Wettin’ Bad Boys, you wouldn’t be very successful.

Firstly, because THERE ARE SO, SO MANY MUSICIANS. No, really. Just open Triple J Unearthed Best New Music playlist on Spotify. Around a hundred songs by DIFFERENT artists. So, if you want to be noticed, a catchy name is one way to go about it. Which DOESN’T mean that it needs to be:

Additionally, according to ToneDeaf, some of the groups are “so nice, they named themselves twice”. Right, Slowly Slowly, Holy Holy or The Fuck Fucks?

In all fairness, some of the names are pretty creative and witty, with references to pop culture, history and Australian heritage. Take Alison Wonderland, George Michelle, Winston Surfshirt or A.B.Original (which actually stands for Always Black, Original).

Secondly, music scene Down Under is much more relaxed than others, I reckon. I had an opportunity once to speak with Tame Impala’s drummer, Julien Barbagallo, who’s French. And he mentioned that himself. When a band breaks up in Europe, it’s the end of the world and a big drama. When the same happens in Australia, people are like “F*** it. Let’s form another one tomorrow”. AND THEY MOVE ON to create a new musical project without wasting their precious time and momentum.

(On a side note, Tame Impala is another good example of an interesting name. As Kevin Parker explained, “the name ‘Tame Impala’ is just a reference to the African animal really, from a perspective of coming into contact with a live one, one that you’d come across in nature and having this real brief, unspoken moment but with some level of communication between yourself and this wild animal. Then the next minute its gone returning to where it came from.” A pretty straightforward story. But I bet you there are some hilarious ones out there. I reckon it would be the coolest gig in the world to find out how some Aussie musos came up with their stage names.)

Humour and good vibes are not the only things you can pick up studying Aussie bands. You can totally expand your English vocab and start to finally understand what people are actually sayin’ to you in the streets. You don’t need to go to school for that. I’ll give you a useful example.

Skegss are a bat-shit crazy punk/garage rock trio from Byron Bay aka the surfing capital of Australia. And “skeg” happens to also mean “surfer” in the Aussie slang. (You’re welcome; I didn’t know that, either.)

Another fun fact: you have to have lived in Oz for some time to know that Acca Dacca is the only acceptable and affectionate way of calling the Aussie legends the rest of the world knows as AC/DC. You’re welcome again.

Joking aside, Australia is a nation of immigrants, with recording artists representing very diverse ethnic backgrounds. That’s what makes the scene so unique, too. On that note, and just so you are not fooled by the hilarious, made up band names I’ve mentioned so far, not the below.

Ecca Vandal (South African/Sri Lankan roots), Mojo Juju (Aboriginal/Filipino heritage) or Kira Puru (Kiwi/Maori background) are REAL names of female Aussie artists. Even though they sound exotic to you or me.

In the history of music Down Under there have also been bands with pretty regular (not to say boring) names. The Rubens or Kylie Minogue being the most obvious contemporary examples. And some of the groups even called themselves something related to music, for instance the emerging act Cool Sounds or the 60s rockers The Easybeats.

But we’re not going to finish this post on a serious note. And this is the part where you come in. Below I jumbled up 10 names of Aussie bands, with the first part in the left green column being your starting point. You might even know some of them. Try matching them first without looking them up.

Good luck! And a good laugh 🙂

Here’s a #livemusic story with a twist. After a 1.5 year of no #gigs at all, you finally get a chance to see an outdoors one. The band are thrilled because they can finally play again, the crowd is happy because they can finally see their fave band. And then, three songs into the set, there’s a short circuit and everything goes to shit… 🤦‍♀️ Bad karma?
Kinda how I feel rn
How to turn an ancient Roman theatre into a modern outdoor gig space? Like that👆(Effing great acoustics btw)
Hey, I’m Silly. Sometimes I listen to records. Wanna send me yours? 💿
@decathlon T-shirt game is strong 💪
“I only wanted one time to see you laughing /
Happy hippie times 🌸
❤️
Finally, here’s the last pair of my fave pics from #musicfromthehomefront 2021 📷