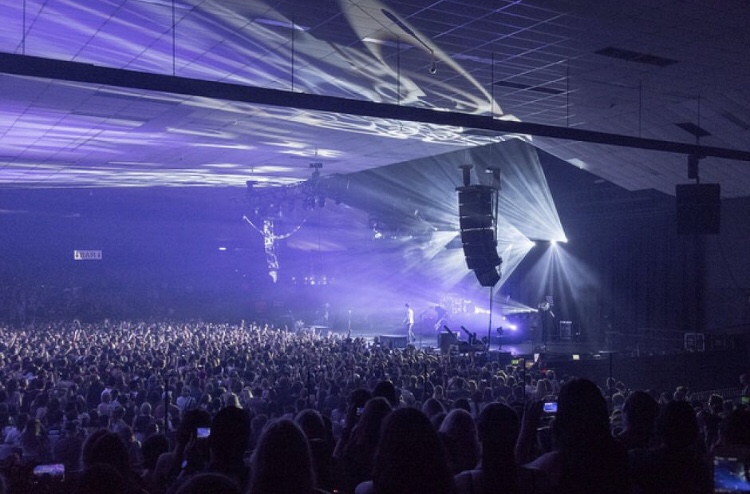 At the end of March this year (2019) I shared with youse the introduction to my new blog series about the Australian Music Scene. To be honest, back then, sitting in a cafe in Ubud, I wasn’t entirely sure how it was gonna go. But I decided to brave it anyway.

Today, 4 months later, I’ve published 10 (yes, ten!!!) episodes already. There have been gaps in the process, sure. I’ve been unwell, travelling, pissed off with the world, had no access to technology; plus, some other excuses have made it impossible for me to be consistent and share a new post every Friday. But I’ve made it to a 2-digit number already and I’m effing stoked.

The articles have touched on very different topics, things I’ve been curious about and meaning to research for years now.

Not all of the topics have been serious. Some have been going in depth more than others. In many cases, I’ve used external materials and footage due to lack of my own. But – most importantly – I hope you’ve found the posts worthwhile.

Some time has gone by since I’ve published them, though, and the music biz Down Under is very dynamic. So this week I wanna share with you some updates, trends and developments regarding all the aspects of the Australian Music Scene I’ve shed light on so far.

PART 1: THE PHENOMENON OF BUSKING IN MELBOURNE (BASED ON TASH SULTANA’S STORY)

Remember how I said that you should keep an eye on buskers, especially in Melbourne, because they might become the next big thing?

Ziggy Alberts, a busker from Sunshine Coast in Queensland, played to a packed tent (!!!) at the Splendour In The Grass (SITG) festival just a few weeks ago, with the audience singing all the lyrics.

Good things eventually happen to awesome musicians. See for yourselves.

PART 2: THE (ABORIGINAL) HISTORY AND LEGACY OF DIDGERIDOO

If you know anything about Aboriginal music, then you’ll recognise this name: Yothu Yindi. It’s a group from NT (Northern Territory) that performs traditional songs and dances, using traditional instruments (including yidaki-didgeridoo) and spreading the Indigenous culture in Australia.

I had an enormous honour to see them live during a Reconciliation Day event in Canberra this past May. And here’s a little vid from the show for you.

PART 3: LIVE MUSIC EVENTS AND THEIR TICKET PRICES DOWN UNDER

Viagogo has been officially banned from advertising on Google. A huge success that Aussie (and international) artists had long been advocating for. Hopefully, that means more accessible prices from legit platforms for music fans, not only Down Under.

Read about it here.

PART 4: “LIKE A VERSION” RADIO SEGMENT ON THE POPULAR TRIPLE J RADIO STATION

Like A Version and the guest musicians never stop to impress  and there’s literally a mind-blowing performance every week. But this one by Allday and The Veronicas is particularly worthwhile for me.

PART 5: THE RELATIONSHIP BETWEEN TENNIS AND MUSIC (IN THE CONTEXT OF THE AUSTRALIAN OPEN TOURNAMENT)

AusOpen takes its commitment to music quite seriously. And they’re already thinking of next year, giving fans a chance to decide on acts they’ll see in 2020.

Have a look at their promo vid below.

PART 6: HOW MELBOURNE GOT THE TITLE OF THE LIVE MUSIC CAPITAL OF THE WORLD

I’m not sure I’ve mentioned that I participated in the TEDx Melbourne conference in 2017 and it was fab!

Apart from the talks, the organisers invited rad upcoming music artists to break the monotony of the spoken word. Which is another proof that live music is important in Melbourne, no matter what the occasion.

Amongst the performers that day were Opal Ocean and this is how they rocked (flamenco’ed?) the stage.

It’s no secret Bakehouse Studios is one of my fave venues in Melbourne. Mostly because it’s a beautiful, versatile and inclusive space with welcoming hosts.

In 2017 I put an event there for Amnesty International Victoria, celebrating the Human Rights Day. Please enjoy this “behind-the-scenes” vid I shot during the live stream on Facebook.

Why is it important? Because since then the artists featured in the clip are pretty awesome, established acts (Adrian Eagle, Marze + DRMNGNOW). And Philly is finally dropping the album very soon this year.

And here’s Adrian Eagle for you again in his latest single. I truly admire his optimism and positvity, despite the (sometimes) difficult topics he sings about. That, my friends, is Aussie spirit for me.

PART 9: HOW AUSSIE BANDS’ NAMES CAN IMPROVE YOUR ENGLISH

When I was writing this article, I totally forgot about Angus Stone’s band called Dope Lemon. Which is, actually, very dope, like the name 🙂

Check out one of their tunes below.

PART 10: WHY WA SHOULD GET ITS OWN MUSIC FESTIVAL

I also forgot that A Day On The Green festival has its leg in Perth, in a stunning location, too. And they’ve announced the legends – AHA – plus Rick Astley for their next edition in 2020.

Still, that’s not a properly WA-bred festival. So I still stand by my claim that we need more!

And fear not, this is not the end or a good-bye. I have a few more ideas up my sleeve and there are still things related to Aussie music I wanna find out about and share with you as well.

So keep those Friday posts’ alarm on!