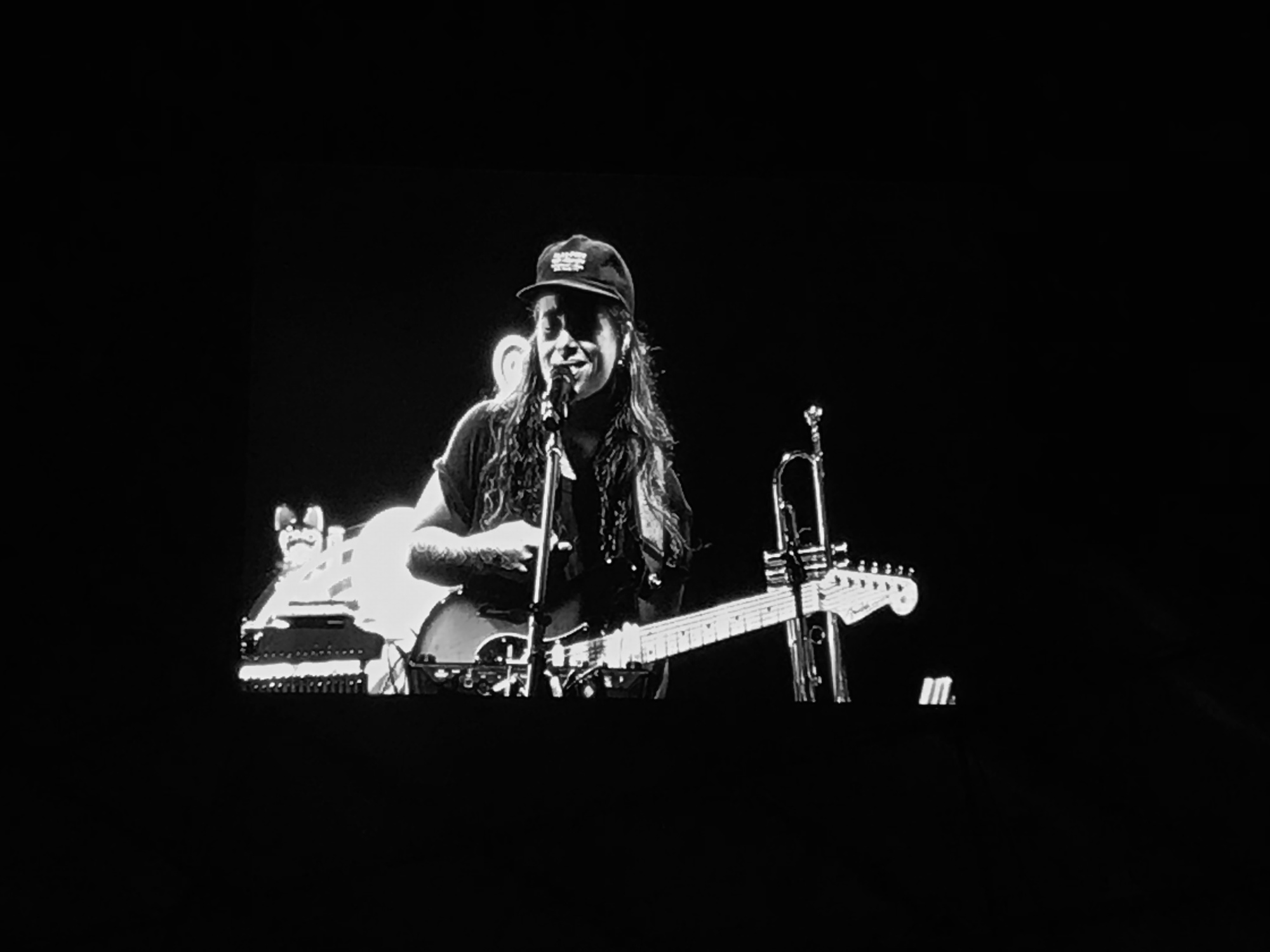 Last month I went to see Tash Sultana at the Sidney Myer Music Bowl in Melbourne. Twelve thousand people apparently attended the gig, a part of the world tour promoting the muso’s second album “Flow State”. It is an ass-kicking achievement considering that not so long ago Sultana was just another Melbourne busker.

Part 1 OF “AM I EVER GONNA SEE YOUR FACE AGAIN?” A RANDOM COLLECTION OF UNKNOWINGLY OBVIOUS FACTS ABOUT AUSTRALIAN MUSIC SCENE

(Watch this video from the “Busker Stories” featuring Tash performing in one of the prime spots in the city.)

Busking goes way back in history. Whilst it’s hard to imagine a member of an Ancient society shredding the kithara (guess which instrument it predates) on the agora in Athens in exchange for a gold coin, it is that old. Think also troubadours in medieval France, mariachis in Mexico, and everybody’s most hated Christmas activity: the carolling. Benjamin Franklin (the famous American inventor turned politician), Guy Laliberté (the founder of Cirque du Soleil) and – wait for it – Rod Stewart (who, by the way, was deported from Spain for “vagabonding” when performing on the streets) were all buskers at some stage in their lives. A little surprised? Then let me hit you with a few more facts so that you understand why Tash Sultana’s story is quite a special one.

In the Cambridge English dictionary busking is defined as “performing music in a public place to get money from people walking past”. Google replaces the word “money” with “voluntary donations”. Wikipedia claims that other gratuities, such as “food, drink or gifts” are also accepted. These days you can even cyber-busk for bitcoins (I’m not sure exactly why anybody needing cash pronto would opt for that form of payment but, hey, what do I know about virtual currencies).

The native English readers will be heaps disappointed but the term itself doesn’t come from your language – soz! It was borrowed from the Spanish word “buscar” – meaning seek. It wasn’t until the 19th century, though, that it started being used on a larger scale in Great Britain and, thus, the whole wide music world.

Let’s talk some dull legal stuff for a minute. Reportedly, the first law affecting what is now known as busking dates back to antiquity, too. In the 5th century B.C. in Rome it was illegal to sing (as in making fun) about the government in public places under the death penalty. 26 centuries later buskers are protected under the same free artistic speech rights as other performers. At the same time, most busking meccas, such as London, New Orleans, Tokyo, Barcelona and (yes, you guessed it) Melbourne, have strict regulations pertaining to busking locations, hours, forms and general interaction with the crowd. Busking community itself goes by a “code of conduct” and “best practices”.

Back to present day Australia. Tash Sultana’s success story is perhaps the best recent Australian example of a music industry fairy tale: from an anonymous busker to a national superstar, conquering the world in a reasonably short period of time (give or take 3 years). And that’s not the only cool story coming from Oz.

Benjamin Stanford aka Dub FX is a street performer hailing from St Kilda (Melbourne’s beach and backpackers’ suburb) whose solo busking career took off… in Italy. Over the last few years he has been a frequent resident DJ at the (in)famous Night Cat in Fitzroy (Melbourne’s hipster suburb) due to popular demand. John Butler, an accomplished musician and co-founder of The Seed – an organisation supporting artistic expression and encouraging the “social, cultural and artistic diversity in Australian society” – was also a busker in Freo in Western Australia. Lastly, you surely know the Welsh band Catfish and the Bottlemen. Their unusual name was based on a famous Sydney street performer Catfish the Bottleman (real name: Michael Anthony Bevan) who plays using tuned beer bottles (wicked!). So, what does Melbourne have to do with it?

Street performers themselves recognise that the capital of Victoria has a unique busking culture, mostly due to the city’s vibrant artsy environment and (fairly) supportive local government. If you google the list of famous busking capitals, Melbourne will surely be there. My personal (slightly biased, I admit it) theory is that you can’t really call yourself a busker if you haven’t played in front of the colourful mix of tourists and locals in Bourke Street Mall – a pedestrian/tram only stretch of Bourke Street between Elizabeth and Swanston Streets. And let me tell you this: that place never disappoints. All year round, every day, pretty much all the time (well, maybe except for like 3am on a Tuesday) there is someone belting out their original material or covering hits somewhere in Bourke Street Mall. 100% guaranteed.

Why? Because location is key when it comes to busking. Bourke Street Mall is super central and close to the main transport hubs, like Flinders Street and Melbourne Central. And you never know which famous talent scout or music producer can get off the 86 or 96 tram at the Bourke Street Mall stop on any given day. Secondly, it’s one of the most popular shopping streets with the two biggest Australian department stores: Myer and David Jones. And who doesn’t feel generous to street performers after a big shopping spree. And lastly, Bourke Street Mall has always been the entertainment centre of Melbourne, with numerous theatres and cinemas in the past. Nowadays buskers simply maintain that tradition. To summarise: if you want to be somebody in the busking community, Bourke Street Mall is the place to be, because it gives you the right kind of exposure. But there’s a catch – you can’t just show up to perform there out of the blue.

It’s not a secret that buskers need permits in various cities in the world. Melbourne takes it a little further. To busk in the crème de la crème of Melbourne’s locations (= Bourke Street Mall) you need to have at least 6 months’ experience already and apply for a “premium” (!) permit. What that means in reality is that the aspiring musos go through an actual audition or what I like to call “casting”. Let me put it this way: it’s like getting to blind auditions on The Voice. It’s public knowledge that singers showing off in front of Boy George (in the Aussie version) or Adam Levine (in the American one) were already pre-selected to blow the judges’ socks off. The same happens with buskers in Melbourne. The city is famous for its music scene, so it wants street performers to reflect that as well. That’s why the quality of busking in Melbourne is incomparable to any other city in the world, in my humble opinion.

The “casting” process might sound slightly intimidating but it does have its advantages, and makes things a little fairer and more organised for everyone. Here are the most interesting facts from the City of Melbourne’s website:

I’ve never been to a busking audition in Melbourne (yet), so I can’t share my experiences. But this little video from the Busker Stories series gives you a glimpse of what it’s like. And you can tell both sides take it pretty seriously.

Not all the candidates are granted the premium permit from what I’ve heard, though. I don’t really know what the percentage of unsuccessful applications is and I couldn’t find the stats anywhere. But it’s not the end of the world – you can always re-apply. Moreover, the helpful Buskers Guide website strongly encourages musos to go through the process – the fines for being caught busking without a permit are pretty painful.

And even if you score your gig in Bourke Street Mall, you still have to obey some rules. Everybody gets their assigned pitches and time slots. Generally, you can only stay in one location for up to 2 hours (including set-up and pack-up). Then you should move to another location and mustn’t come back to the same one until the next day. This rotation is achieved through random draw of pitches, so that nobody is privileged. It also promotes diversity of performances and the potential of finding the right audience for you.

Feeling overloaded with information? Time for some real examples then. Here are a few stories of performers I’ve discovered over the last couple of years and whose videos or photos I’ve posted on my socials.

Busking in Melbourne is prestigious but it’s also hard yakka. That’s why I really appreciate musos who choose this lifestyle. Like Tash Sultana, every busker has a story. And if you’re unique and enjoy it as well, it can be a great start to a successful and fulfilling music career. So next time you see a busker in Melbourne or elsewhere, at least stop and listen to their story told through their performance. They just might be the next big thing in the music biz…

*Disclosure: there are heaps of references of places/people/concepts you’ve never heard of. Wherever possible, I tried to incorporate the explanation in the article or redirect you to a link explaining it (just hover over the word/phrase and if it is referenced, it will be underlined and clickable). But if it’s not enough, ask Uncle Google, please 🙂

In the above piece, apart from my own experience and observations, (if not hyperlinked before) I used the following materials for reference:

2 thoughts on “Busk or die, in Melbourne. Stories from the busking mecca”